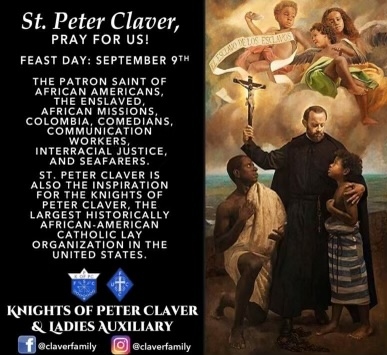 Saint Peter Claver was born into a wealthy, devout Catholic family.  Noted for his intelligence and piety, he chose to use his blessings to minister to the enslaved rather than to live a life of material and financial prosperity.  Many church and municipal authorities strongly opposed Saint Peter Claver's chosen mission of minister to the spiritual, physical, and mental needs of the enslaved.

Despite the opposition, Saint Peter Claver

Saint Peter Claver's work was inspired by Alonso de Sandoval, who had been ministering to the enslaved for 40 years prior to our patron saint's arrival.

There are churches, schools, and missions named in his honor, particularly in predominately African / African-American parishes, throughout the world.

His body is preserved and venerated in the Church of the Jesuit Residence that is now renamed in his honor. 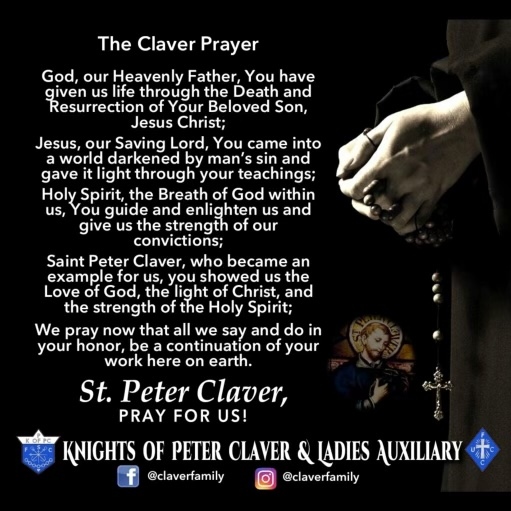